This undisturbed forest in the Dakota Community Watershed boasts thousand-year-old cedars and 77 registered Sḵwx̱wú7mesh Úxwumixw archaeological sites where yellow cedars were stripped for their fine inner bark, and continued on living.

The Dakota Bear Sanctuary was twice proposed for logging by BC Government agency BC Timber Sales. It received a one-year deferral by the NDP government in October 2020, days before the provincial election.

Elphinstone Logging Focus, The Living Forest Institute, and The Only Animal are calling on supporters to speak out for BC’s last ancient and natural forests with their The Citizen Action Toolkit. 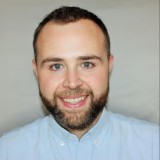 I'm a writer, journalist and artist based in so-called British Columbia, Canada.